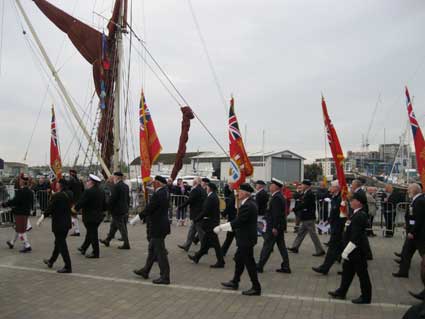 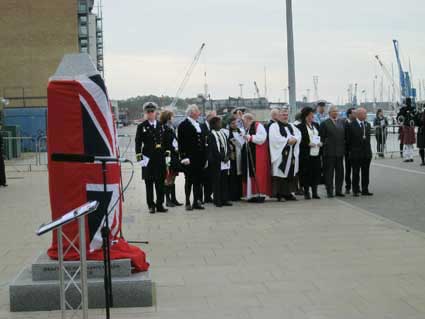 2014 images
MNA Merchant seamen’s memorial, Orwell Quay, Ipswich, 13 April 2014. Colours, uniforms, gauntlets with a sailing barge and the Public Warehouse  on the Island in the background. The enrobed memorial with a phalanx of VIPs with Cliff Quay and one of the Babcock cranes in the background. 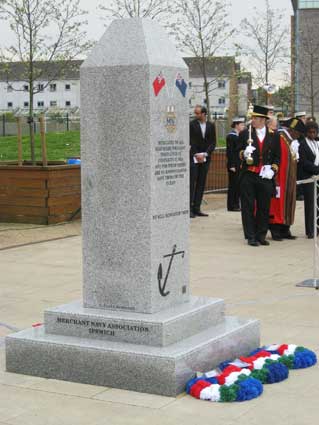 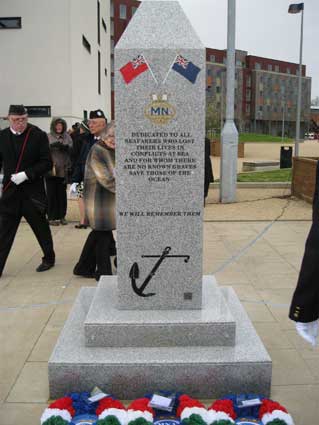 WE WILL REMEMBER THEM'

Sunday, April 13, 2014: Lord Tollemache, Lord Lieutenant of Suffolk, unveiled the three-ton granite memorial, put in place on Orwell Quay after a year-long £13,000 fundraising campaign by the Ipswich branch of the Merchant Navy Association (MNA). It is the first time Ipswich, with its rich merchant navy history stretching back more than 1,000 years, has had a memorial dedicated to the merchant seamen who lost their lives at sea in wartime, often taking part in dangerous missions to bring food and other necessary cargo home to Britain. During World War II alone, nearly twice as many merchant seafarers lost their lives at sea as Royal Navy seamen. A gap in our history is filled by this modest but important monument.

Below: July 2014 and with a (perhaps) appropriate naval vessel in the background. 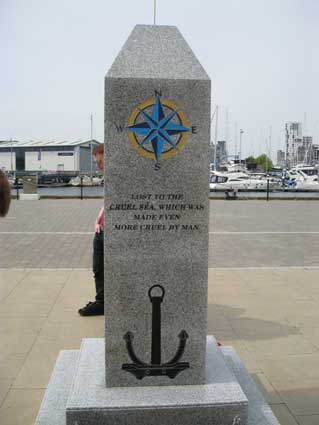 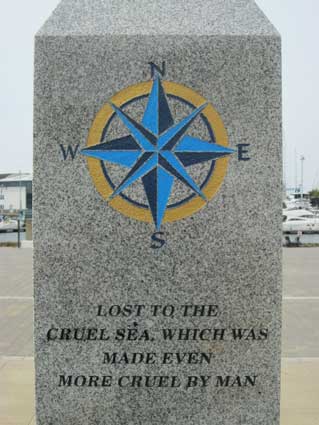 'LOST TO THE CRUEL SEA, WHICH WAS MADE EVEN MORE CRUEL BY MAN'

This poignant text below the compass rose evoke the name of the corvet at the centre of the novel The Cruel Sea by Nicholas Montserrat. We assume that this is not a quotation and that the use of 'cruel sea' comes from the Montserrat novel title; the story which dealt with such power with the futility of war and the perils of the convoys. 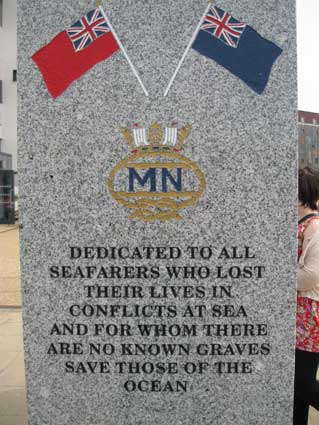 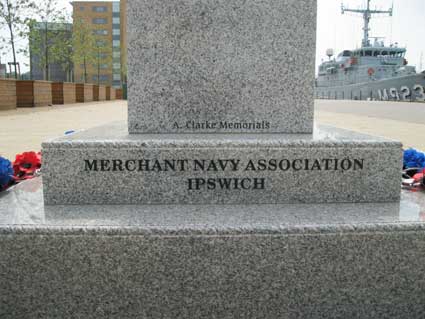