Laying the foundation stone of the lock to the Wet Dock, Ipswich, 1839


The drawing and naive lettering came from the pen of Henry Davy. 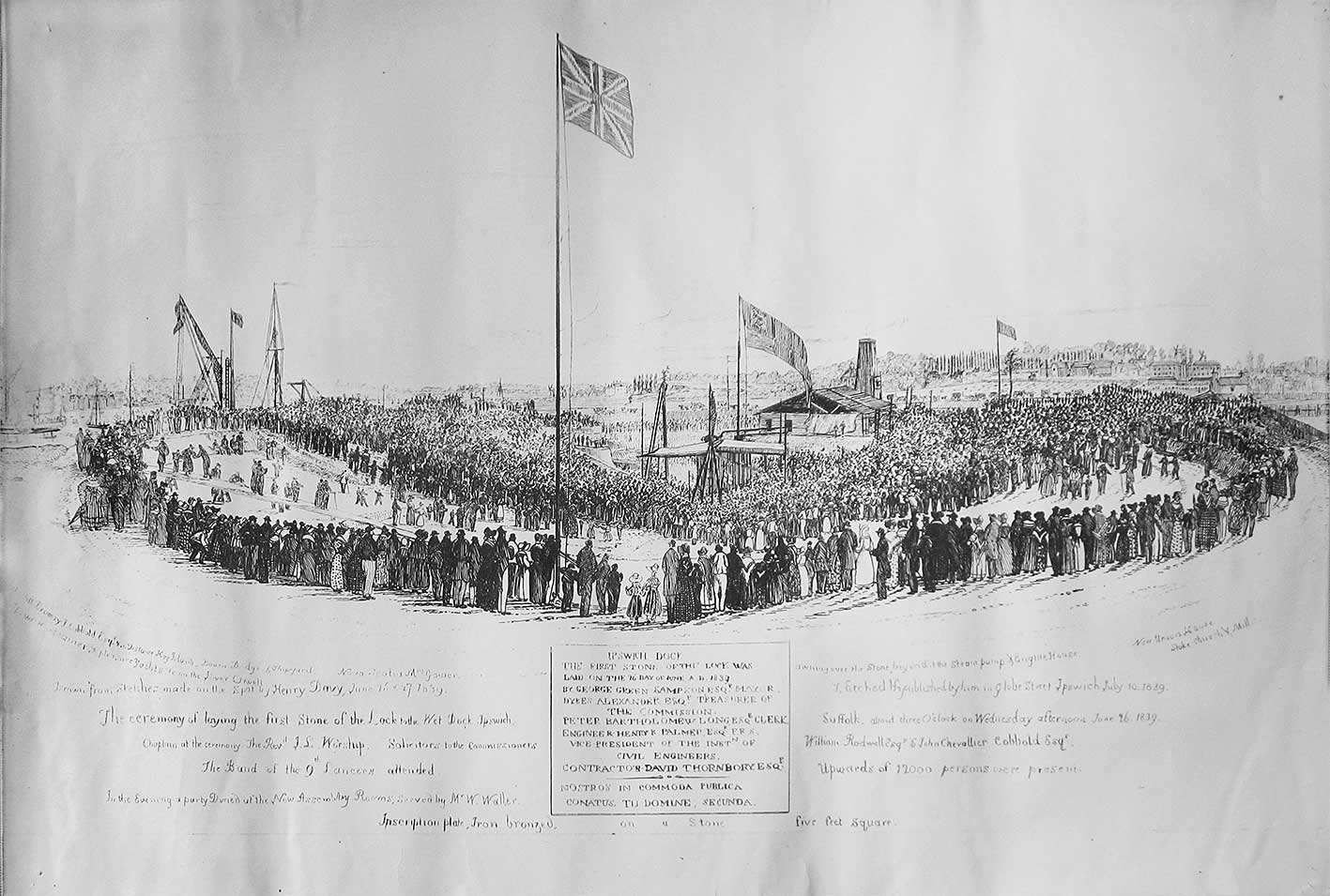 The captions read from left to right, either side of the rectangle:

'Drawn from sketches made on the spot by Henry Davy, June 26 & 27, 1839 ... I[?], Etched & published by him in Globe Street Ipswich July 10, 1839.
The ceremony of laying the first Stone of the Lock to the Wet Dock, Ipswich ... Suffolk, about three O’clock on Wednesday afternoon June 26, 1839.
Chaplain at the ceremony, the Revd. I.L. Worship. Solicitors to the Commissioners ... William Rodwell Esqr. & John Chevallier Cobbold Esqr.
The Band of the 9th Lancers attended. ... Upwards of 1200 persons were present.
In the Evening a party Dined at the New Assembly Rooms, Served by Mr. W. Waller.'

In the central rectangle:


And curving round the illustration in smaller lettering (with the detail referred to):

The Cliff Brewery is very sketchily rendered in the left background, but Nova Scotia House in the central detail  (presumably after the death of Richard Hall Gower±, 1768–1833) is clearer and attributed to 'Mrs Gower'; the New Union Workhouse (otherwise St Peter's Workhouse) is shown at the centre of the last detail with Stoke windmills behind and, presumably, the tower of St Mary-at-Stoke Church rising to the right. ±See our Street name derivations page for more on Gower and the street named after him.

Note that the central awning and flag marking the foundation stone in the illustration is the site of the original lock on the west side of the Wet Dock which opened onto New Cut. This is now blocked up, although traces of it can still be seen, to be replaced by the lock to the south – officially opened on 27 July 1881 – which is used today. See the Wet Dock map page for maps over time of the area.